In the year 1853, Methodism established a new field of activity known as Wesley Chapel, located in the Niskey Lake section of Fulton County, Georgia. Among the charter members were David Waits, John Waits and Sidney Robins. David Waits was a famous song leader. He was Chorister for the camp meetings as well as for the church. The membership was composed of a small band of faithful and consecrated men and women who were devoted to the service of God. After the Civil War, a post office was established in the area near Campbellton Road and Fairburn Road. It was named Ben Hill after Benjamin Harvey Hill, the new U. S. Senator from Troup County, Georgia. Senator Hill was a great orator of this day and using his name brought prominence to the community.

In 1875, there was a shift in the center of the population to the section of Fulton County where Campbellton Road and Fairburn Road intersects. It was called the Mt. Gilead Cross Roads—named after Mt. Gilead Methodist Church which was the first Methodist church established in Fulton County. This fact led the members of Wesley Chapel to discuss the matter of a change in location to a more convenient site. By this time Mt. Gilead Camp Ground had become a great religious shrine and it was decided to erect a building on the Camp Ground property. After much prayer and guidance from the Holy Spirit, the leadership decided to move the Wesley Chapel Methodist Church to Fairburn Road in 1876, under the pastorate of The Reverend Thrower.

Sixty-five (65) years after our humble beginning, in 1918, the Ben Hill Circuit was formed consisting of Mt. Zion, Mt. Gilead, Owl Rock and Wesley Chapel. During this year, a parsonage was built on Campbellton Road by the four churches. In 1922, under the pastorate of The Reverend P.A. Kellett, the lay leadership decided to erect a modern edifice. In 1928, under the pastorate of The Reverend A.E. Silvey, the name of the church changed from Wesley Chapel Methodist Church to Ben Hill Methodist Church. Rev. Silvey continued to grow the congregation and expand the church building.

The growth and progress of our church can best be illustrated by noting its move from a four-circuit church to a station. In 1937, after much discussion, prayerful consideration and sympathetic understanding from the District Superintendent, Dr. C.C. Jarrell, our church moved forward to become a station. The parsonage was built and The Reverend Y.A. Oliver became our first full-time pastor. Ben Hill continued to grow and the congregation continued to serve God and the community. In 1950, Ben Hill Methodist Church purchased an adjoining tract of land giving the church approximately five (5) acres of property. In 1951, The Reverend J.R. Phillips saw that the church’s membership of 425 had outgrown the facilities. Therefore, plans were approved to erect a modern church physical plant, capable of meeting the needs of the congregants and Ben Hill community for years to come.

In the 1960’s and early 1970’s, African-Americans began to move into southwest Fulton County, Georgia. During this period of transition, our church also underwent a period of change. Influenced by the predominately Caucasian congregation moving from the area, our church’s membership declined. The Reverend Paul Wolgomuth served as senior pastor during this transitional period. He regularly visited neighborhoods in the Ben Hill area inviting the new residents to worship at the Ben Hill Methodist Church. “Brother Paul” as he was affectionately called, encouraged the Pre-School parents to attend Sunday services. “Brother Paul” also brought on staff Ben Hill’s first African-American student minister, Richard D. Winn. 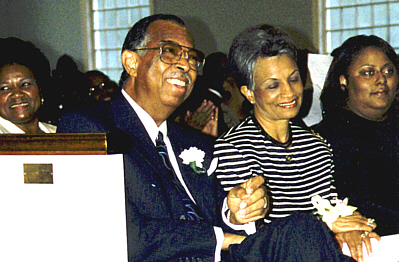 In 1975, The Reverend Cornelius L. Henderson was appointed the first African-American pastor of Ben Hill United Methodist Church. The church’s membership began to increase. Under Reverend Henderson’s leadership, the membership grew from approximately 400 to 4,000+ by the end of his tenure in June of 1986.

In 1986, The Reverend Walter L. Kimbrough was appointed senior pastor of Ben Hill. Under his dynamic leadership, the congregation continued to grow by leaps and bounds. Reverend Kimbrough inspired the Ben Hill congregation to serve the community. Several innovative programs and ministries were formed including the Ben Hill Economic Development Corporation, three new Bible Study classes, and two discipleship classes. Ministry at the church flourished until an economic downturn in 1992. 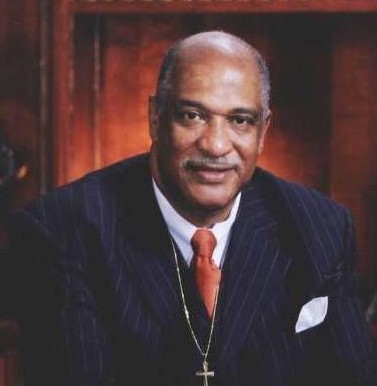 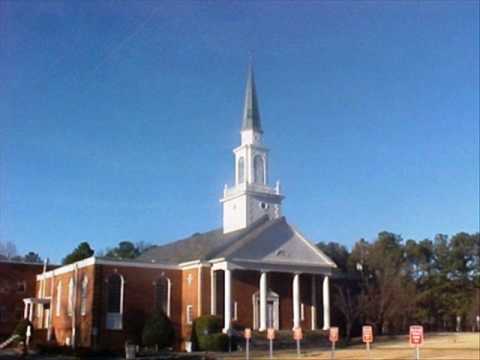 In June of 1992, Dr. Cornelius L. Henderson was re-appointed as senior pastor of Ben Hill. In the twelve (12) months that he served, a Wednesday night fellowship meal was established and a church-wide Wednesday night Bible Study was instituted. The Older Adults Ministry was reorganized and renamed “The Jewels and Partners.” The church moved financially from being in the red to black. The annual budget went from $1.4 million to a little over $2 million.

In June of 1993, The Reverend McCallister Hollins was appointed as senior pastor of Ben Hill. Under his leadership, the church continued to grow and exciting new ministries were implemented. Some of the new ministries were: 1) Intensive Care Ministry, designed to help individuals cope with sickness, death, divorce and other adversities; 2) a noonday Bible study; 3) the Prayer, Praise and Healing ministry; 4) bereavement support ministry; and 5) the cancer support group. In 1997, Ben Hill decided to take leadership in the United Methodist Church and in the North Georgia Conference by changing the structure of the Church. A major transition was established, the Church Council replaced the Administrative Board and Council on Ministries. The new millennium began with Ben Hill’s full membership totaling 9,313. Reverend Hollins’ tenure ended in June of 2006. 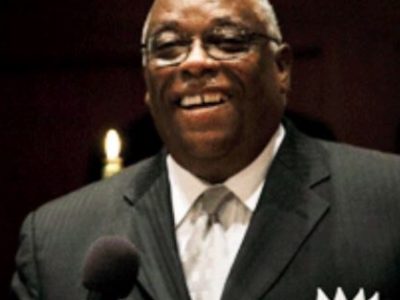 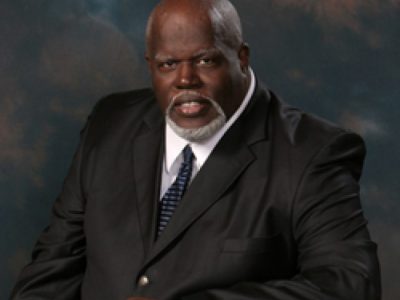 In 2006, The Reverend Richard D. Winn, Sr. returned to Ben Hill as our senior pastor. As the senior shepherd, he embraced, supported, and nurtured this flock. In his own words, “What a joy!”—reclamation, recommitment, reactivation and recruitment for Jesus Christ were paramount during his tenure. Rev. Winn initiated a disciplined approach to budget and expense management.

He loved reading the miracles as stated in the Bible and believed that miracles continue to happen today! He admonished us to “look for miracles every day.” On December 14, 2008, at the 9:45 a.m. worship service, we witnessed the manifestation of God’s miracles as Marsha Lawton walked into the sanctuary. Mrs. Lawton was recovering from a serious illness and was not expected to walk again! “WHAT A JOY!” On June 9, 2013 the congregants experienced the dynamics of change by the promotion of Reverend Richard D. Winn, to district superintendent, Griffin District of the North Georgia Conference.

God’s people called Ben Hill continue to be blessed with anointed and dynamic pastoral and lay leadership. The congregation supports the needs of the less fortunate in the metro Atlanta area and beyond through its Commission on Missions, Health and Wellness Ministry, Urban Responsibility Ministry (financial assistance to those in need), Food Bank and Trinity Table feeding program. Support is given to the Black Methodist for Church Renewal and World Hunger programs as well. In September 2010, the Ben Hill congregation purchased two (2) oxen to fight hunger in Mpoyi, Congo. Ben Hill gives annually to the United Methodist Church Advance Program, the United Negro College Fund, Gammon Theological Seminary, the Interdenominational Theological Center, Clark-Atlanta University, Paine College, the N.A.A.C.P. and other charitable causes.

The Reverend Dr. Derrick R. Rhodes was appointed as senior pastor in June 2021.  Pastor Rhodes continues to lead the church through the pandemic that began in 2020 by supporting existing programs that serve the community, including regularly scheduled onsite COVID clinics and COVID testing, and by developing new opportunities in ministry for God's people.

One of his focus areas for the church is in the area of organizational structure and efficiency.  He will use his background in church and non-profit management to ensure success in this area.

His strong belief, which he shares with everyone, is that something good is going to happen to you today because according to Psalm 118:24, "This is the day that the Lord has made; let us rejoice and be glad in it."